ONE DAY AWAY: FLORIAN DALHUIJSEN IN NICE

Last month we showed you the first video of our new concept ‘One Day Away’. What we do, we invite a rider over to meet us at the airport, until then he doesn’t know where he is going. At one point we hand him over a envelope with the destination inside. Last time we went to Milan, Italy, now you can see Florian cruising down the Cote ‘d’Azur during his visit to Nice, France. The weather was good, spots where quite close to one another and delicious food. Go check out what Florian did during his one day in Nice.

Hey Florian, what place did you first think you would go to?
That’s a hard question…I was thinking about places that weren’t too expensive, somewhere like Lisbon, Marrakesh, or Seville. Nice also came up on that list, but I didn’t really expect to go there.

What were your expectations for Nice? Did it turn out like you thought? Had you ever been there before?
This was my first time going to the Cote d’Azur (French Riviera). I’d never really thought about going there before. I actually have some relatives that live close to Nice and some friends of mine have been there before. At first I thought everything would be all fancy and expensive, but it wasn’t that bad. Of course we saw some sick cars and big ass baller boats in the harbor, so that lifestyle is definitely around, but the overall prices are the same as they’d be in Paris or London. 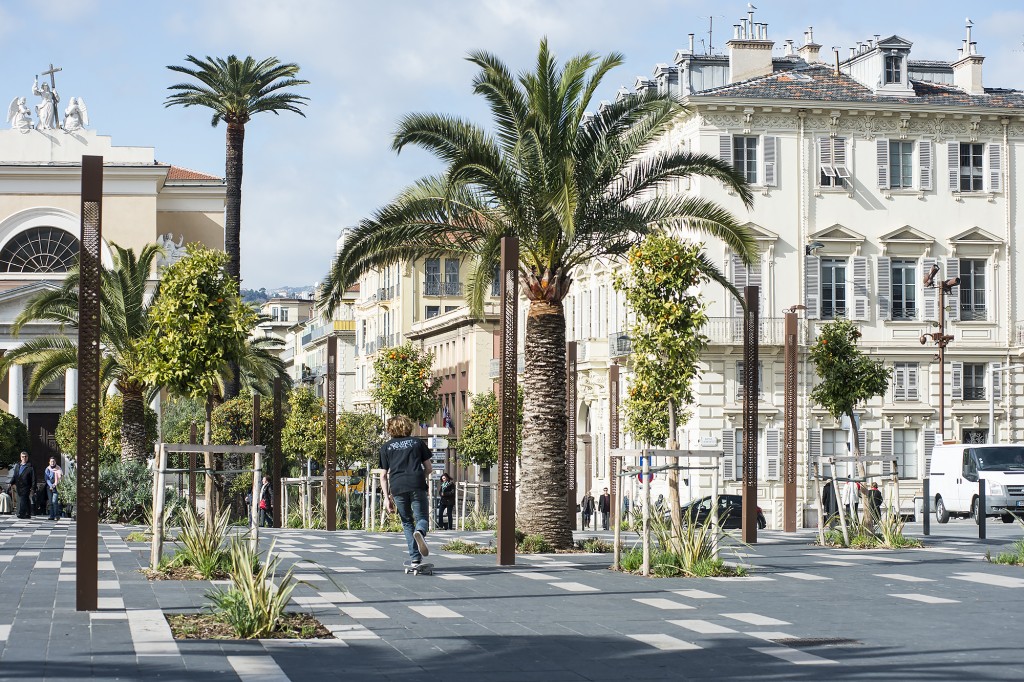 On our way to France we found out that you actually have French roots. Where do these roots begin and do you go back there often?
My mom is French and my dad is Dutch. The largest part of the family comes from Lile, not that far from the Belgian border. My Grandma still lives there so ever since we’ve been little we’ve gone to Lile quite a lot. I also have relatives near Nice and somewhere around Toulouse. The first time I went without my parents I went to Paris with some friends. That was when I was 16 and ever since then we return to the same camping spot just a bit outside of Paris almost every year. From the camping spot we take the train to the center where we skate and eat baguettes all day. 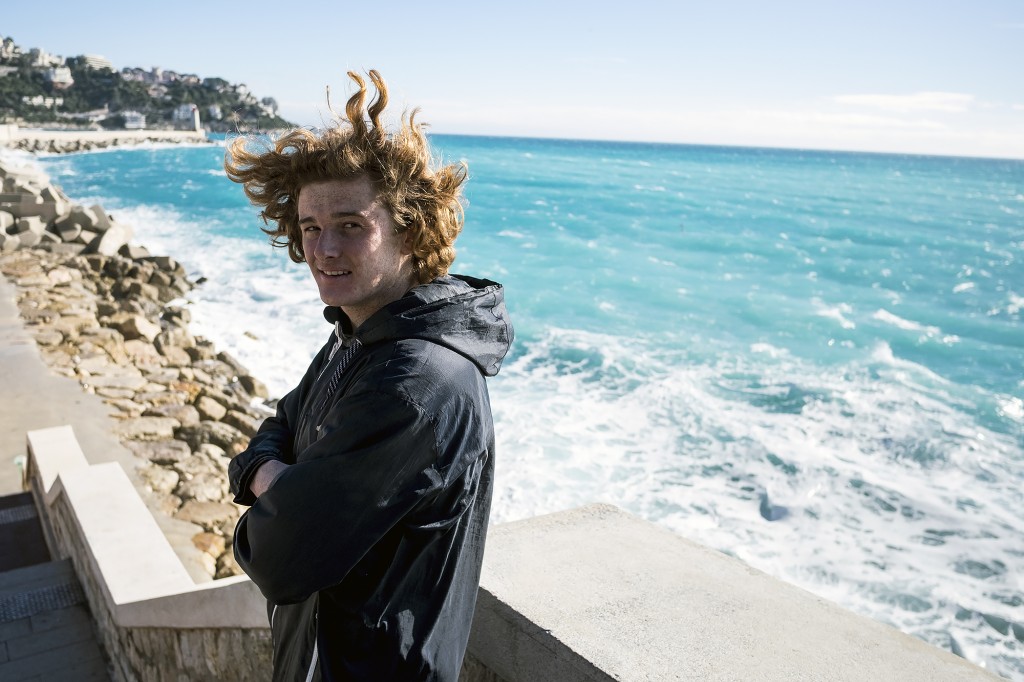 Nice is known for its azure blue sea

Do you have any tips for someone that wants to go to Nice?
A tip for when you want to go skate: Near the airport there is a park called ‘Les Arenas’ you deffinatly (definitely) have to cruise around there, lots of spots. Just make sure you go there during the weekends, because than the businesses wil (will) be closed. Besides that if you take the bus from the airport to the centre which only takes about 15 minutes, you can cruise around the boulavard (boulevard) and in the city you wil (will) find al (all) kinds of little spots and things to skate. 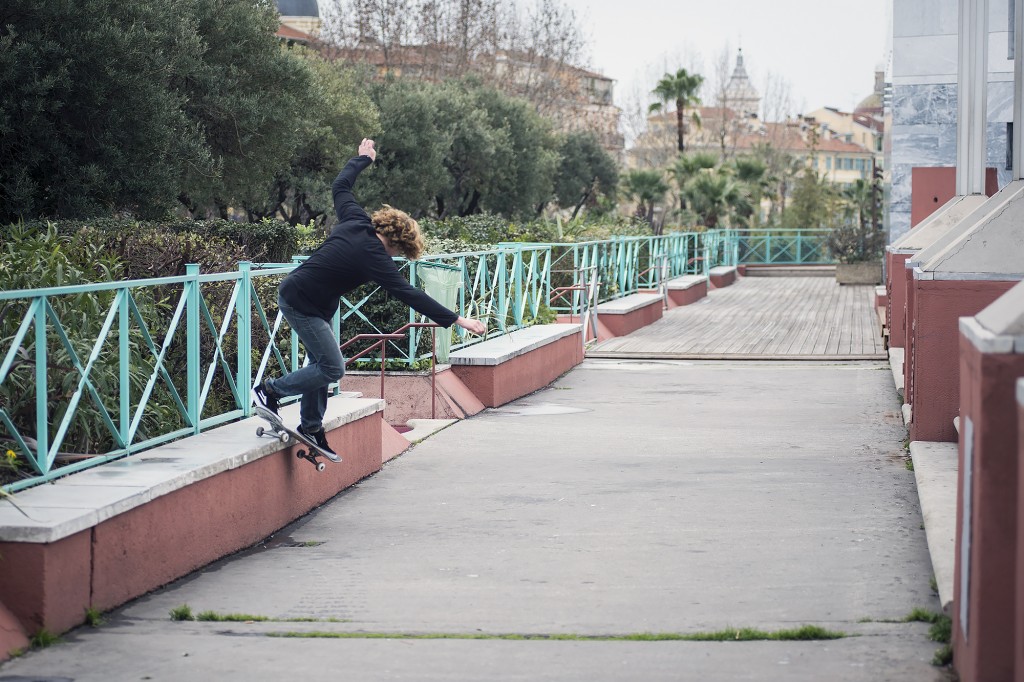 What has stuck with you the most from the one day away trip to Nice?
We arrived early in the morning and from the plane window you could see the perfect blue sea with the boulevard in front and the colored houses in the back. Even further you could see the mountains with snow on their tops. Perfect blue sky and a nice temperature didn’t suck either! I also didn’t think Nice would be so close by! Within 2 hours we were outside of the airport and ready to skate. That’s just gold, man! 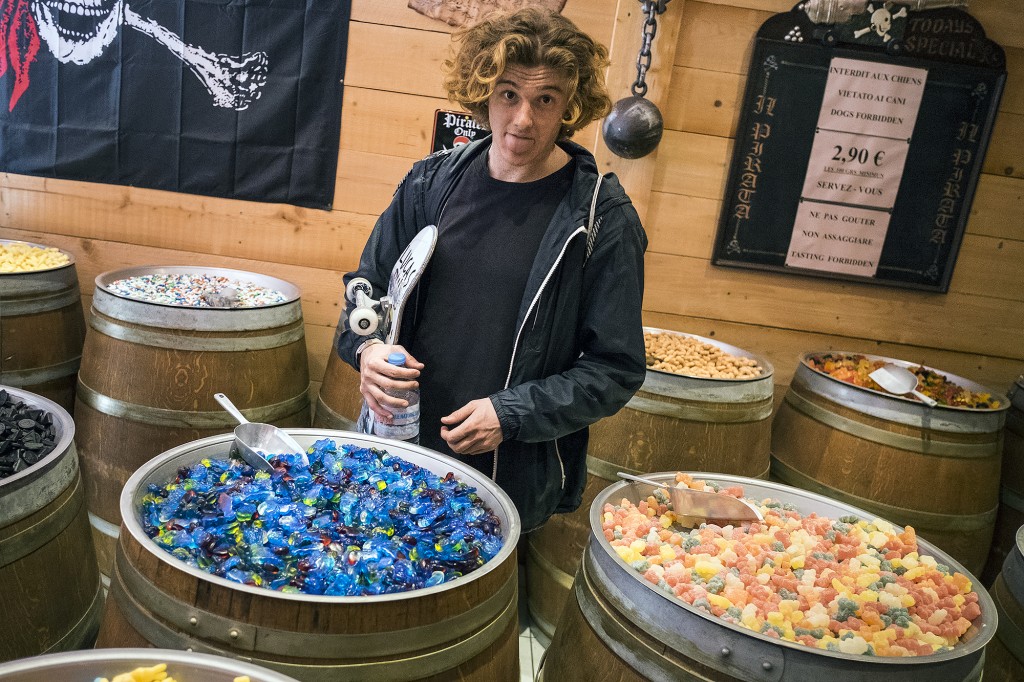 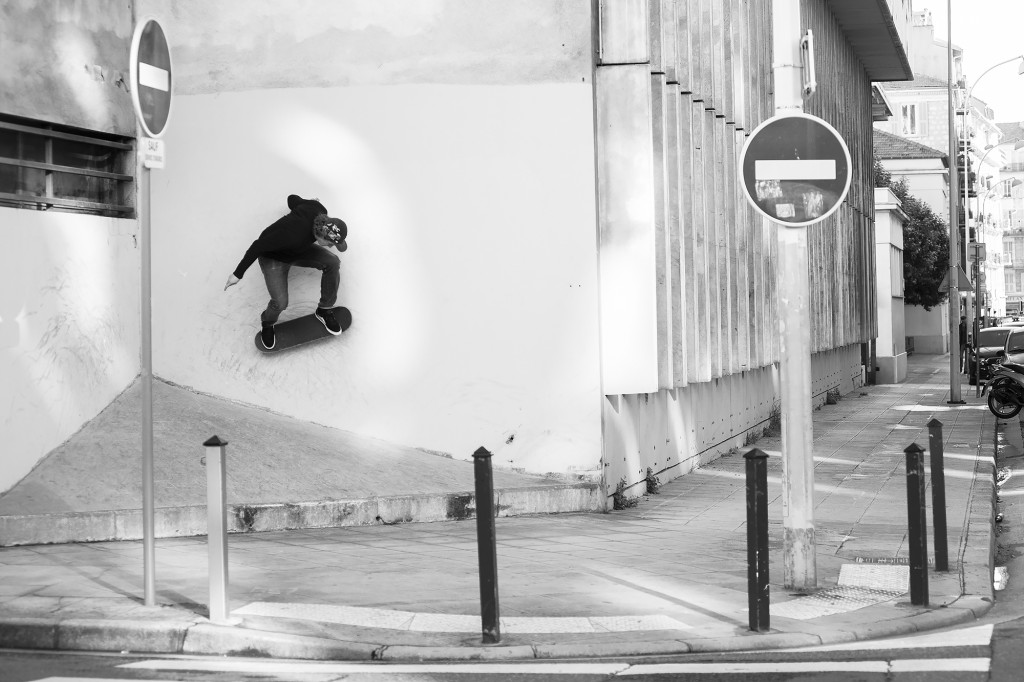 What destanations (Which destinations) would you like to see in the next one day away, and why?
I prefer seeing someone go to a place that’s not that familiar, like a city in Georgia, or something along those lines. I have no idea if you can skate there or what you can do there, but hey I think it’s possible to skate in almost any city. I think it’d be cool to see how an experience like that would be. I’m looking forward to watching your next adventure! 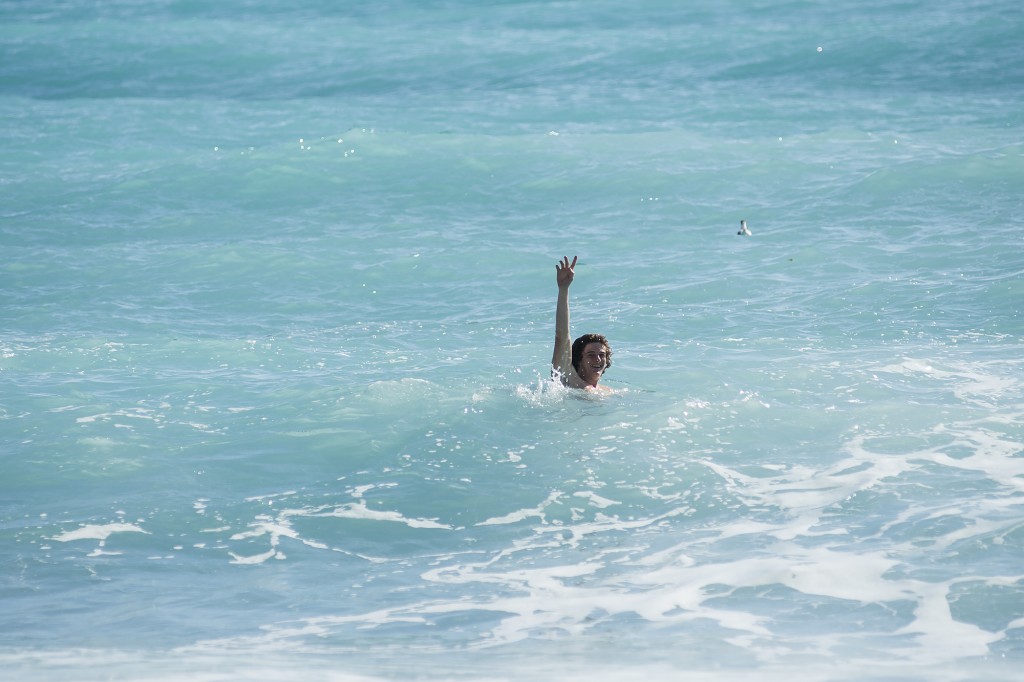 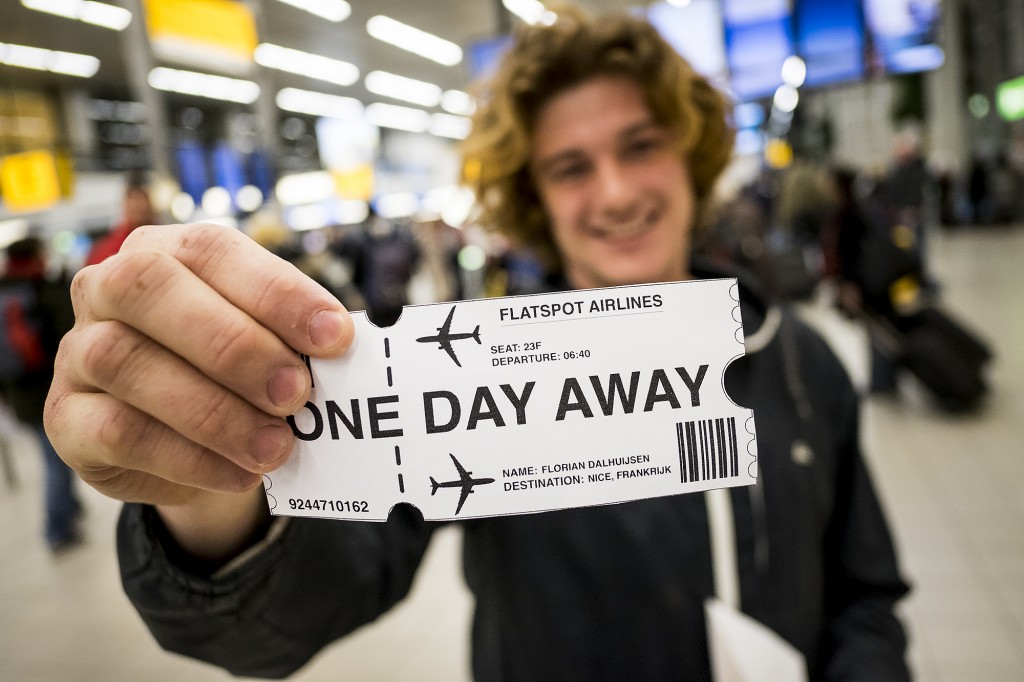